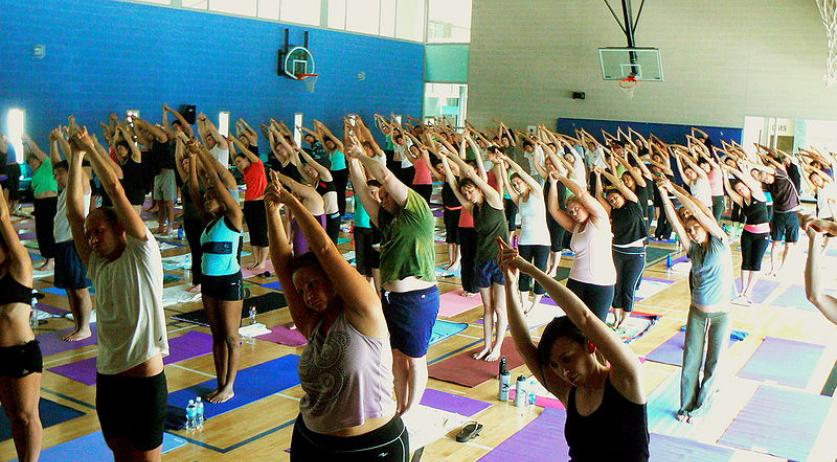 On Thursday the police rushed to  the Biezenkamp shopping center in Leusden in the hopes of stopping an armed robbery, only to discover a yoga class in progress. Police officer Miquel Wijna in Amersfoort received a report of an armed robbery in progress at the shopping center and immediately called on his colleagues in Leusden to respond. Before he arrived at the scene, he received a radio message: "False alarm, it was a yoga class with people holding their hands up." Hilarious is the only word that Wijna can use to describe the incident. "The first officers to arrive found a person on a mat in a difficult position." The tweet Wijna posted on Twitter soon became a hit on the internet. https://twitter.com/PolAfoortCentr/status/535476703477641217 According to Wijna, the report of the robbery came from a boy. "He saw people with hands up in a dimly lit room. He called his parents from his cell phone, who in turn called 112. Good response from both the boy and the parents. Nobody blames them. It can happen."