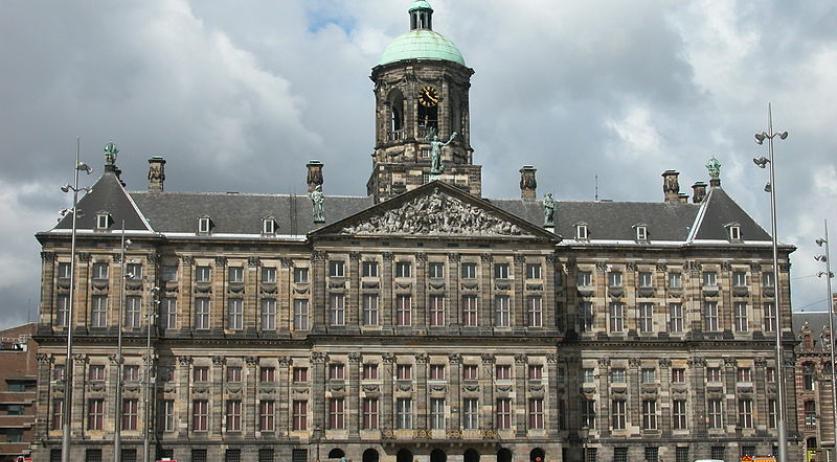 The construction fence that is currently around the Royal Palace in Amsterdam is being removed, making the arcade visible to the public again. The National Real Estate Company is taking other measures to prevent urinating and pollution against the arches of the arcade and the facade of the palace. In December lamps, partly linked to motion sensors, will be installed. Urinating in public remains a criminal offense with a 140 euro fine. The facade of the Royal Palace in Amsterdam had been extensively renovated between June 2009 and late 2011. Soon after the renovation decay started appearing again because of urination and pollution. The daily need to spray the palace clean caused salt crystals to form, which is ultimately destructive to the sandstone facade. The construction fence was installed as a temporary solution. The National Real Estate Company and the City of Amsterdam have set up a series of incremental measures to prevent urination against the palace. The National Real Estate Company will begin with the least intrusive measure - lighting with motion sensors. If this measure proves insufficient, the next step will be taken - a "urilift", an urinal that will be sunk below ground during daytime, but comes up at night. If that too is ineffective, more severe construction measures will be taken. Examples include fine mesh screens in the openings of the arcade and trellises or poles with chains for the facade. The existing stairs in front of the arcade could also be enlarged, possibly with a "pop-up" gate of bars that will disappear into the stairs in the daytime.