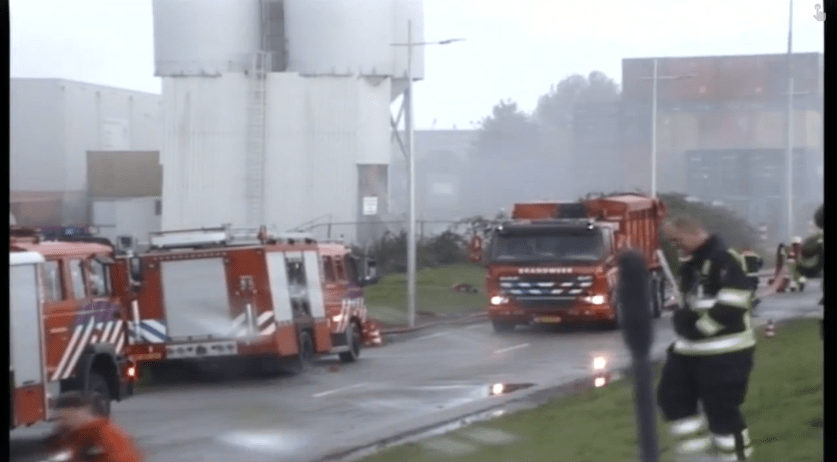 Toxic hydrogen cyanide gas was released int he fire in the Haatlandhaven in Kampen. The fire broke out a little after 09:00 am this morning at Regelink Schroothandel. According to Mayor Koelewijn, businesses in the immediate vicinity of the fire is being evacuated. Some schools have also been evacuated. A spokesman for the Safety Region says that no dangerous concentration has been measured. Mayor Koelwijn asks everyone to stay out of the smoke. The municipality of Kampen and firefighters have instructed everyone to keep windows and doors closed. It is also advised to close ventilation ducts. Traffic in the vicinity of the fire is also requested to keep windows and doors of the vehicle closed, and to turn off the air conditioning. The municipality of Kampen says that there were no casualties. A crisis team was formed, led by the mayor. The King's commissioner and the National Crisis Center have also been warned. This was done because this is possibly a GRIP3 situation, which means that the whole municipality suffered from the fire. Hydrogen cyanide is released through the burning of PVC and other types of plastic. Hydrogen cyanide can be life threatening if inhaled in large quantities, for example for more than an hour. The authorities are keeping residents updated on Twitter via the hashtag #brandkampen. The town of Kampen has also set up a public information line: (038) 339 27 18.