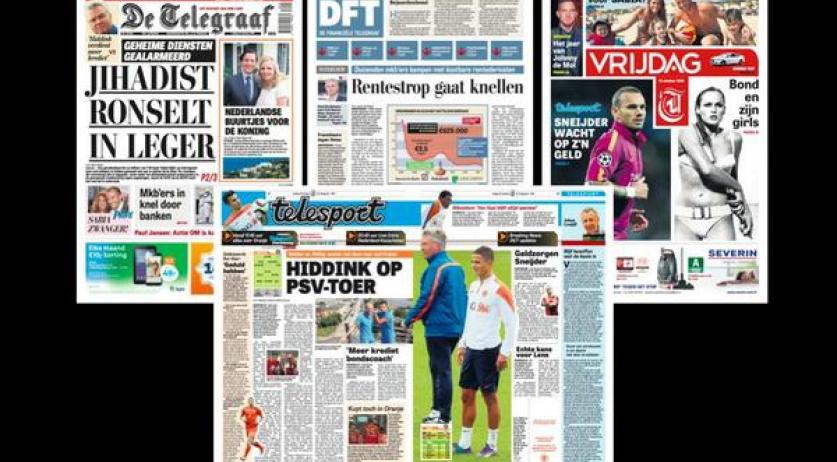 The largest Dutch newspaper, De Telegraaf, has appeared in tabloid format for the first time. In the commentary in the first tabloid edition, Chief editor Paradijs speaks of "a definite step forward". He dedicated the first tabloid edition to the reader. "In everything we do, you are always central." "People had perhaps hoped for smaller letters, but we have kept our DNA and our identity," Paradijs said in NOS. In terms of content, very little has changes were made. "De Telegraaf must stay De Telegraaf. I am very pleased with the first edition." Today the newspaper had special contributions by Joop van den Ende, Tom Middendorp, Ebenhard van der Laan and Johan Cruyff. This morning the editorial handed the tabloid out themselves at Amsterdam Central. De Telegraaf is the last national newspaper to be switched over to tabloid format. This is not the only change at the Telegraaf Media Groep this week. The last edition of the free daily newspaper Spits was published yesterday. Spits was incorporated into Metro.