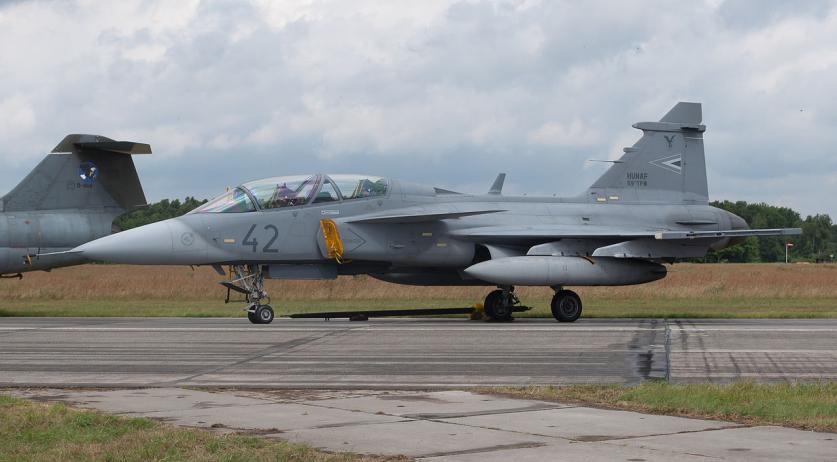 A radicalized former soldier has approached his former colleagues at the F-16 base Volkel to join the jihad. The Air Force reported this incident to secret services AIVD and MIVD earlier this week. They are investigating the case. The incident was reported by airbase commander Colonel Peter Tankink. Ministry of Defense admits that "conform procedures" alerted both intelligence and security services. The radical, who previously worked at the base, approached the Defense employees by mails, among other things. De Telegraaf reports that the man had fled by the time they intervened. The AIVD was informed as a citizen was involved. Airbase spokesperson Major Joyce van der Ejik can't give any further details. "In general: reports that relate to the safety of our employees are thoroughly investigated by our intelligence services. Because of the protection of our staff and the course of the investigations, no statements are made in this regard. In addition, Defense can make no statements about the behavior of employees who are no longer working with the organization." "As a rule we will never respond to specific security measures, threats, approaches by radicals or specific individuals." says Maarten Hilbrandie, spokesperson for the secret service MIVD. "But we can indicate how Defense is addressing them. Defense highly values the safety of its personnel. Now that we are so active in the Middle East, we have taken precautions. One such precaution is now widely known: don't travel in uniform." Hibrandie continues that these precautions are intended to increase the safety of the Defense personnel, and to keep them alert and thus increase safety awareness. About 1,500 military personnel is working on the airbase. It is suspected that Volkel is the only location in the Netherlands where nuclear weapons are situated, although this has never been confirmed by Defense. Profiles often appear on social media of Muslim radicals who claim to have gained military experience through the Dutch armed forces. The best known of these is the Turkish-Dutch jihadist Omar Yilmaz.