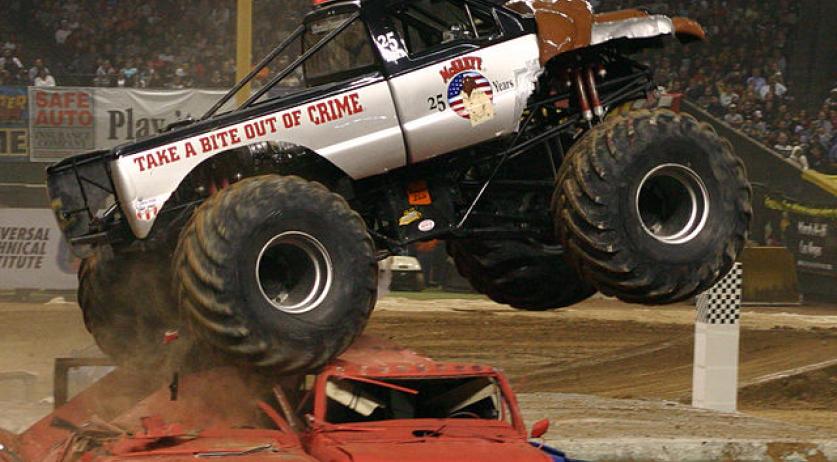 The province of Overijssel has cancelled five upcoming monster truck shows out of respect for the victims and surviving relatives of last weekend's tragic accident in Haaksbergen that claimed three lives, the NOS reports.  The events that were scheduled for this coming weekend. Tuesday's Stunt and Motortruck Show in Tubbergen was cancelled on Monday. Now, the municipalities of Raalte, Nijverdal, Ommen and Losser have also agreed to cancel their shows. The decision was made in discussions with the company that performs the stunts, the German Stunt Movie Production, which was not related to the accident in Haaksbergen, De Telegraaf writes. The Stunt Movie Production website states that their staff and co-workers are very disappointed about the news.