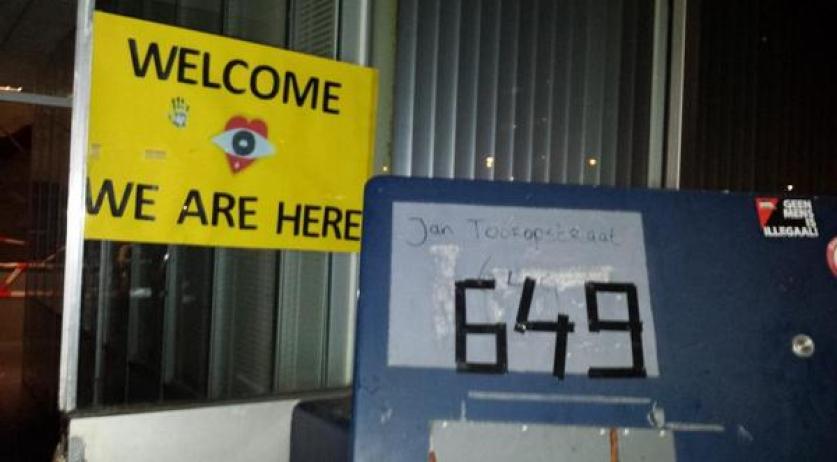 About 30 asylum seekers have signed up for the first lecture of the We Are Here Academy, which will happen in Amsterdam tonight. In a classroom at the Free University Ernst van den Hemel, lecturer and researcher at Utrecht University, will teach on he history of protest movements. This will officially launch the academy offering university education to the group of asylum seekers. People from the so called Vluchtgebouw and the Vluchtgarage in Amsterdam can do 16 modules for free through the We Are Here Academy. These modules are selflessly taught by teachers from different universities and colleges. The program includes lectures on asylum law, political science, debate, engineering and graphic design. The school runs on volunteers, from the belief that everyone has the right to an education, Het Parool reports. According to initiator Savannah Koolen, the academy is still negotiating with several educational institutions in the capital over a fixed structure. They expect about 100 students for the coming academic year. Nearly 3,500 euros have been raised in recent weeks for the academy via a crowd funding campaign.