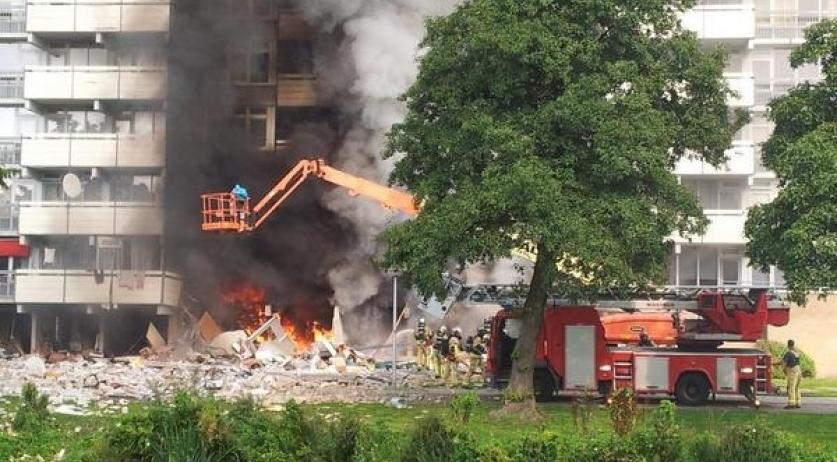 The police arrested one person during a riot at the apartment building De Beukenhorst in Diemen yesterday afternoon. Residents of the apartment building who stayed in a hotel after the explosion on Thursday, returned to their homes. The riot started because some residents were afraid to return to their homes, even though housing corporation De Key assured them that everything was safe. De Key employees were on site to help guide residents back to their flats. According to the police a photographer was arrested because he was "pushing, pulling and scratching", AD.nl reports. The photographer's employer, Dagblad Metro, said that the photographer was impeded in his work. A spokesman for Metro said that the photographer was hit so hard that his glasses were broken.