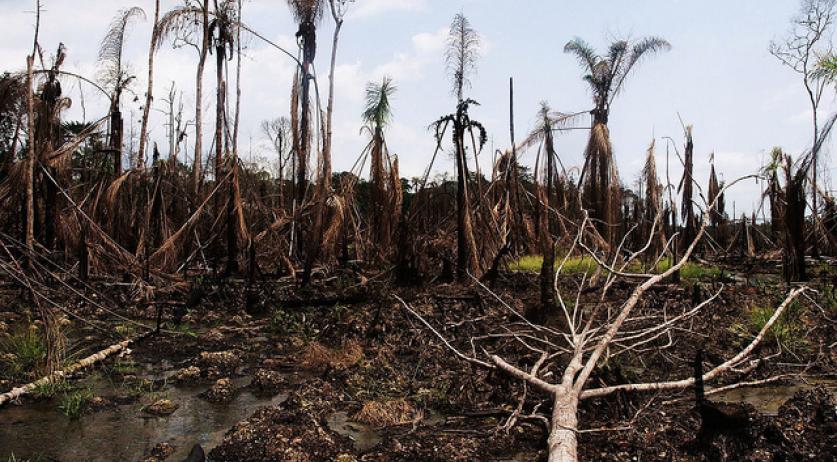 The Nigerian army has raided the place where the rebels who kidnapped four Dutch in May were hiding. For more than a week, the armed rebels held Jandries Groenendijk, Erhard Leffers, Marianne Vos and the Nigerian environmental activist Sunny Ohefe who lives in The Netherlands. The group were making a documentary about the Niger Delta, a notoriously tense region in the country due to the activities of oil giants, De Volkskrant reports. The gang who kidnapped the Dutch film makers were also involved in the theft of oil as well as piracy. They fled after an armed standoff with the army. Authorities seized weapons, munition and boats belonging to the rebels. During the raid, a stolen video camera and microphone belonging to the Dutch victims were also found. Although the army was not successful in securing the rebels for arrest, the army insists that the fact that they have fled the area has brought some rest in the Niger Delta. Sunny Ohefe says that the gang that took the Dutch nationals is one of the more notorious ones because of its hand in more violent actions in the Niger Delta. "The army action is good, but there is only justice if the gang is arrested." For a region where kidnappings and violence is not a rare occurrence, the apparent peace is an illusion, says Peter Willemsen, operational director of Security Partners, specialized in negotiating with kidnappers in Nigeria and abroad. "Nigeria has relatively the most kidnappings in the world. Also if they catch the culprits, there are always others who continue with the violence. Rest is only of temporary nature due to the great poverty, corruption and pollution in the area." Willemsen does not believe that the arrest action that Sunny Ohefe is hoping will bring justice to his kidnapped colleagues will actually happen. The Niger Delta is still an unforgiving water jungle, with some places only just reachable by boat. The Niger Delta is a fertile ground for violence, and kidnappings are commonplace. This has to do with the local population's change of lifestyle forced on by the escalating oil activities, both legal and illegal. People in the Niger Delta used to be predominantly fishermen. Oil activities have polluted the water, including the activities by pirates such as the sabotaging of pipelines, breaking them open to steal oil, but not closing them off again so that the water remains polluted. Some even risk their lives in their makeshift crude oil processing activities. Jandries Groenendijk has some understanding for his kidnappers. He says that they felt pressed to compensate their lost livelihood with oil theft and kidnapping. "I would probably do the same in their situation", he says in an interview with De Volkskrant.