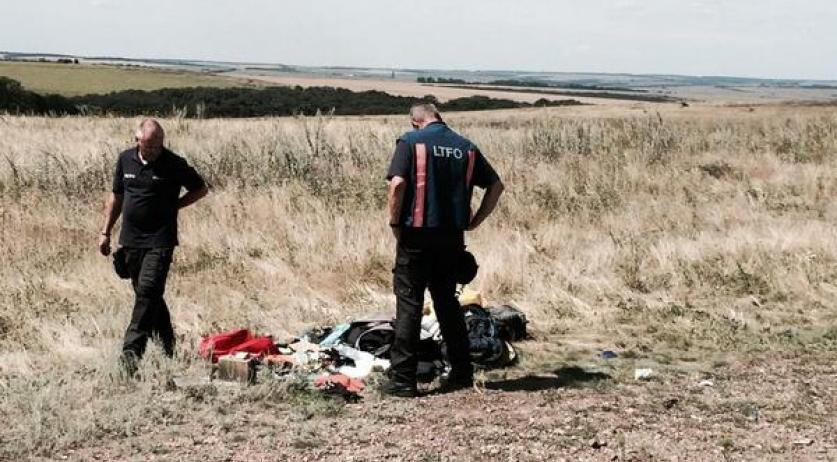 Time constraints, unfamiliar territory and an every-fickle political situation makes the MH17 crash site a difficult place to execute an investigation. The 38-year-old Gerry Burger tells the ANP that her colleagues are suffering under the threatening circumstances of war.  "The threat around us and the situation that we keep having to pull back makes the task extra difficult for us. We cannot work optimally", Burger says. She is one of the members of the repatriation team in eastern Ukraine, and works for the National Forensic Detection Team (LTFO). Burger tells the ANP that the differences between normal work in The Netherlands and this special mission in Ukraine are difficult to handle. There is no way to thoroughly search through every nook and cranny because the investigators have to keep a certain speed. "The possibility to search can be over very quickly here", she explains. "We have to retreat if we hear something in the background." With the Ukrainian forces fighting pro-Russian separatists in towns such as Donetsk, very close to the crash site, the background is often active with the sounds of war. Burger says that her team's professional integrity is also losing ground, as they often have to let things go. She knows that the search area can never be inspected 100 percent due to the circumstances. This is very frustrating for her. Even more frustrating is the thought that crucial items are left behind, such as passports and photos, that can help with the identification process of the victims and carry obvious worth for the families. Finding these items is a top priority for the LTFO team. "Other items come later. That is why these are still lying at the crash site." Despite the circumstances, Burger says that she and her colleagues are still focused on the job at hand. With international investigators coming in and out, members are always busy informing one another of the areas already covered, and what still needs to be done. "I don't have the impression that we are very frightened. We do have a healthy tension and are alert. We are well focused." There is a good support system for investigators at the crash site. Team members look out for each other, and there is a counselor on site. Every two days, the investigators are allowed to return to a hotel in Kharkiv to rest and refocus. "We have a sort of buddy system. We talk with each other about what we've seen, how we feel. At the LTFO, for example, we have a little more experience with dealing with body parts than the average Military Police person", Burger says. "If we notice that someone is having difficulty, then we recommend that person talk to someone. We don't have a macho culture here, that advice does get followed. In the evening of the second rest day, we depart again in the direction of the search area. Then we go full force again the next day."