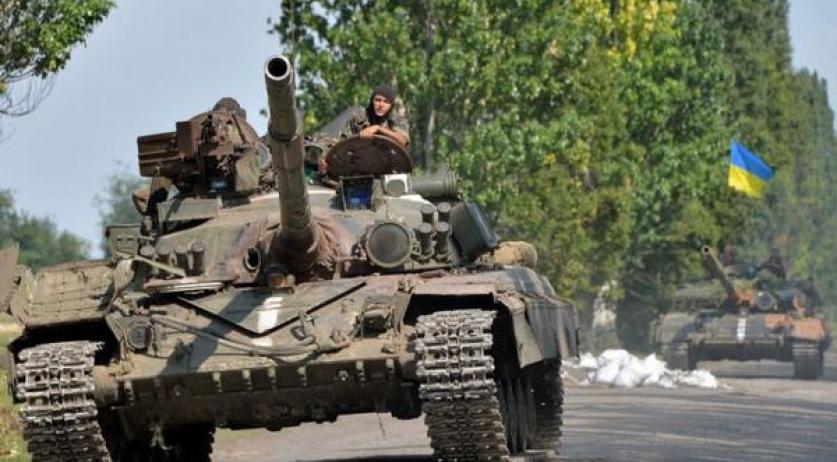 An army spokesperson has announced that at least ten Ukrainian soldiers have been killed in Shaktarsk in rebel-held eastern Ukraine, south-west of the MH17 crash site. The army spokesperson in Kiev says that another four have died, but it is unclear whether these are soldiers or rebels, the ANP reports. The attack was reportedly an ambush set up by rebels who, in the same night, killed at least 20 army soldiers according to Ukrainian media. The pro-Russian separatists have launched attacks on the army soldiers in the area to win back territory. Another army spokesperson said on Twitter that there have been 23 deaths and 93 injuries in 24 hours of fighting between the rebels and the army. The fighting in the east of the country pertains to rebel strongholds where the army spokesperson says that the military has executed air raids on the rebels in Perevalsk, which is on the highway between Donetsk and Luhansk. The Malaysia Airlines plane that was shot down on the 17th of July, crashed in-between these rebel strongholds, killing a total of 298 people, including 196 Dutch.