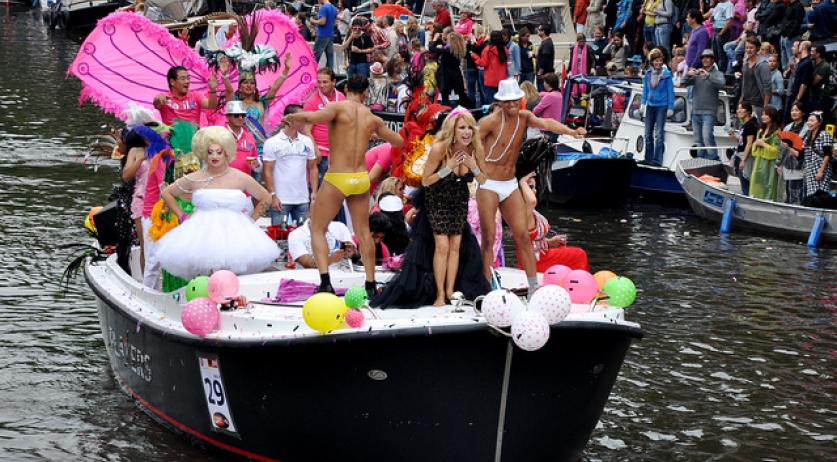 Amsterdam's gay scene is burgeoning, and the city is a very popular destination for homosexual tourism. Despite the Dutch capital not being considered 'gay capital of Europe', as London, Berlin and Barcelona are, Amsterdam has something different, according to the Gay Pride organizers.  "The Gay Pride in Barcelona is enormously popular, but is still directed towards gay men", organizer of Gay Pride Amsterdam, Irene Hemelaar, tells Het Parool. "In Amsterdam, it is a festival for lesbians, gays, bisexuals, as well as transgenders." Trans Pride is a new festival, which is specifically aimed at transgenders. In Amsterdam, the municipality has made a law amendment that make it easier to change gender on paper. Hemelaar says that these points have helped The Netherlands rise from seventh to fourth place on the ranking list for gay-friendly cities, which is a list set up by gay-organization Ilga. Despite the recent report that violence against homosexuals in Amsterdam has risen in the last year, Hemelaar says that there is more courage amongst the LGBT community to come out and report these incidents. "The victims clearly get support from the law, the Mayor and many Amsterdam residents."