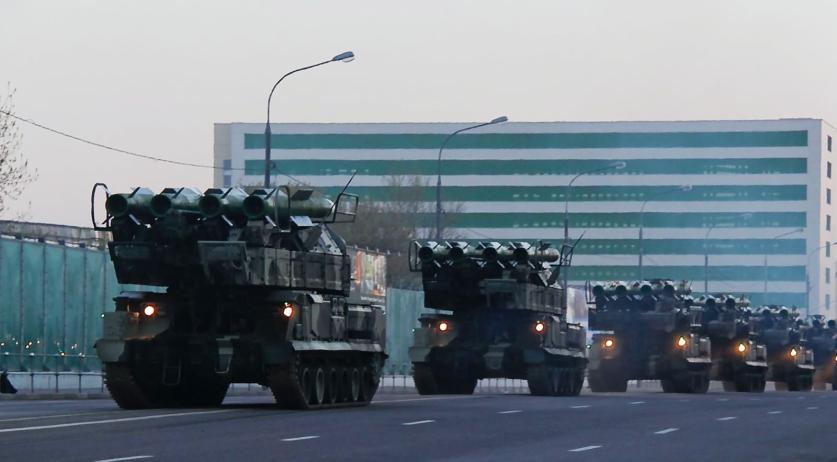 Russia-backed separatists fighting in the Ukraine have access to the sophisticated surface-to-air BUK missile system, the same system believed to be behind the crash of Malaysia Airlines flight 17, a leading rebel commander told newswire Reuters. Vostok Battalion leader Alexander Khodakovsky is the first separatist official to acknowledge possession of the weapon since the Boeing 777 fell out of the sky on July 17. There were 298 people on the passenger jet when it was struck by a missile over Donetsk in eastern Ukraine, 194 of whom had Dutch nationality. "I knew that a BUK came from Luhansk,” he said, referring to the rebel-held province near Donetsk. "That BUK I know about. I heard about it. I think they sent it back. Because I found out about it at exactly the moment that I found out that this tragedy had taken place,” he told Reuters. “They probably sent it back in order to remove proof of its presence.” Separatists had claimed they had the weapons in the past, but denied the charge after the Malaysia Airlines crash. Khodakovsky went on to accuse Ukraine of exploiting knowledge of the BUK system in effort to provoke the separatists to use the missile against a civilian aircraft. He says the Ukrainians started a heavy airstrike of the area near the plane crash location. "And that day, [the Ukrainians] were intensively flying, and exactly at the moment of the shooting, at the moment the civilian plane flew overhead, they launched air strikes. Even if there was a BUK, and even if the BUK was used, Ukraine did everything to ensure that a civilian aircraft was shot down." Russian ambassador to Malaysia Liudmila Vorobyeva rejected Khodakovsky’s claims hours after the story was published. "I don't know the reason why he gave such a statement," she told Reuters. "It was clearly stated by our ministry of defense that we never provided any BUK air defense systems to the so-called pro-Russian rebels. We are pretty sure they don't have this kind of system." She went on to defend the separatists, saying that they have cooperated with the international investigation. She said their obstructionist attitude was directed at the Ukrainians, whom the rebels do not trust, but that they instead handed over evidence to the Malaysians. Regardless, the rebel commander is still interested in gaining any possible advantage over the Ukrainians, even weapons that can shoot civilian planes out of the sky. “I want a BUK, and if someone offered me one, I wouldn’t turn it down,” Khodakovsky said. “But I wouldn’t use it against something that did not threaten me. I would use it only under circumstances when there was an air attack on my positions, to protect people’s lives."