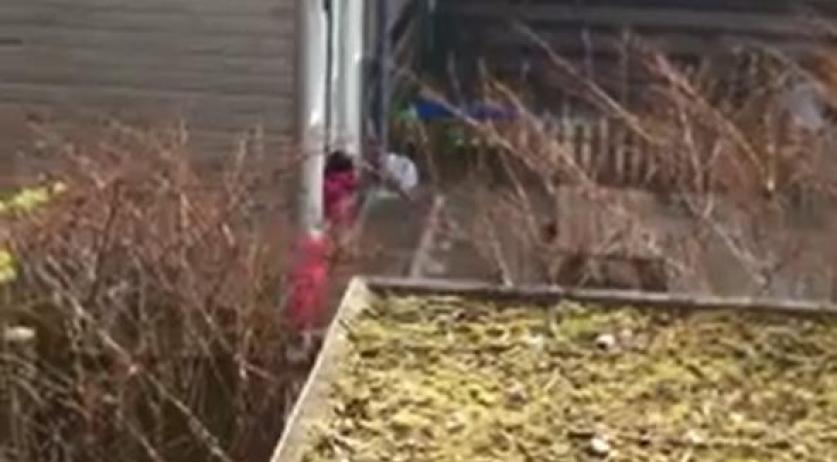 Two child minders at the Flamingo Regenboog daycare center in Amsterdam-Noord have been made inactive due to their failure to supervise two children properly.

The direction at the daycare has announced this on their website. On Thursday, a film showing two screaming children that were left outside the daycare center in the garden for some time, not being let back in was uploaded to Facebook, and went viral, spreading to Twitter. The video was made by a neighbor, and has already been shared around 25,000 times. The directors are said to be "very shocked" over the images. "In the course of the day, the child minders and supervisors concerned will be spoken with, to decipher what the exact situation was." The directors say that the daycare center has clear protocols when it comes to playing outside, but this protocol was not followed at the moment the film was made. "We regret this, and we find it unacceptable. The concerning employees have been made inactive in the meantime, and the necessary measures will be taken." Nara Georgieva, the woman behind the camera, said on Facebook that this was not the first time that something like this has happened at the daycare center. "The last time, filming didn't work, because I didn't have a phone near me. In the film you see two kids, the last time it was seven children who were locked outside", she says.