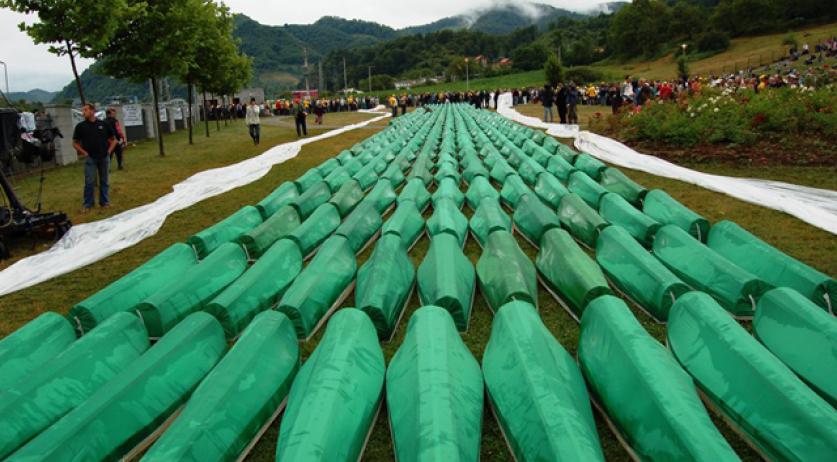 The cabinet will announce next week how much compensation will be offered to the surviving families of three Bosniaks (muslim men) who were sent away from their base Dutchbat in the Bosnian Srebrenica by Dutch militaries in 1995, the ministry of Defense announces.  The surviving families threatened to go back to the judge because no decision had yet been made. According to their lawyer, Liesbeth Zegveld, the families are disappointed it is taking so long. Dutchbat was responsible for defending the Bosnian muslim enclave Srebrenica. It fell in July 1995 when Bosnian-Serbian general Mladic invaded the enclave. Thousands of Bosnian muslims were killed in what is now known as the Srebrenica Massacre. According to Zegveld, "a discussion took place at the end of last year. We named a price and the State as well. After that the State has remained silent." She is also afraid that the price which the cabinet will announce will not mean the end of the struggle for the surviving members, who only want to put an end to the issue, but never get the opportunity to do that. "I warned not to decide over the heads of the people. That is what is threatening to happen now. This is going to be a disaster", she says. In September of last year, the High Council decided that the Netherlands is responsible for the death of the three men. Shortly after their forced exit of the Dutchbat base, thy were killed by the Bosnian-Serbians. The three men were electricians working for Dutchbat. The High Council decision was a conclusion to a procedure lasting eleven years. After the ruling, the ministry of Defense and Prime Minister Rutte announced to wanting the compensation to be arranged as soon as possible. At the court in The Hague on Monday, there will be another procedure for surviving families of the thousands of muslim men and boys who were killed in 1995. The Mothers of Srebrenica also want the Dutch State to be framed responsible. Earlier attempts of the Mothers of Srebrenica to make the United Nations responsible failed. Dutch judges and the European Human Rights Court judged the UN to enjoy immunity.